Jordan Cantwell is an ordained minister in the United Church serving the congregation of Delisle/Vanscoy in Saskatchewan. She is attending the 10th World Council of Churches Assembly in Busan as a delegate of the United Church of Canada. Jordan is delighted to be attending the WCC Assembly and looks forward to sharing her experiences as widely as possibly upon her return home. Ecumenical cooperation is a passion for Jordan who currently sits on the Theology and Inter-Church/Inter-Faith Committee of the United Church of Canada. The Delisle-Vanscoy United Church shares its building with the Roman Catholic parish of St. Anne's in Delisle.
Ecumenical book list
Suggestions for your ecumenical & interreligious library Liste de livres œcuméniques
Suggestions pour votre bibliothèque œcuménique et interreligieux

RSS feed for "On the Road to Busan"

The 10th Assembly of the World Council of Churches will take place in Busan, Republic of Korea, from 30 October to 8 November 2013. The assembly has the mandate to set the future agenda of the council, to elect governance officials and to speak with a public voice on behalf of the churches. It is also a unique moment for the whole fellowship of member churches to come together in prayer and celebration. The assembly theme, “God of life, lead us to justice and peace” is not merely a slogan for the event, but provides a focus for theological reflection, worship and meditation, as well as for planning programmatic activities before, during and after the assembly.

In just under 22 hours I fly to Vancouver for the first leg of my long journey to Busan, South Korea for the 10th Assembly of the World Council of Churches. Actually, I began this journey over a year ago when I was selected as one of the United Church’s delegates to the Assembly. So far my journey has included mostly reading and reflection. In April, I met several of the other Canadians who will be at the Assembly in South Korea. We gathered in Toronto for a time of orientation and community building. It was exciting to meet so many people who share my passion for ecumenism and who are all committed to growing the ecumenical movement here in Canada and globally. We will be a diverse group representing the Canadian churches at the Assembly… but I know we won’t even begin to reflect the vast diversity of people who will gather in Busan in just a few days. I can hardly wait to experience it!
END_OF_DOCUMENT_TOKEN_TO_BE_REPLACED END_OF_DOCUMENT_TOKEN_TO_BE_REPLACED

Lien permanente : ecumenism.net/?p=6872
Catégorie : On the Road to Busan 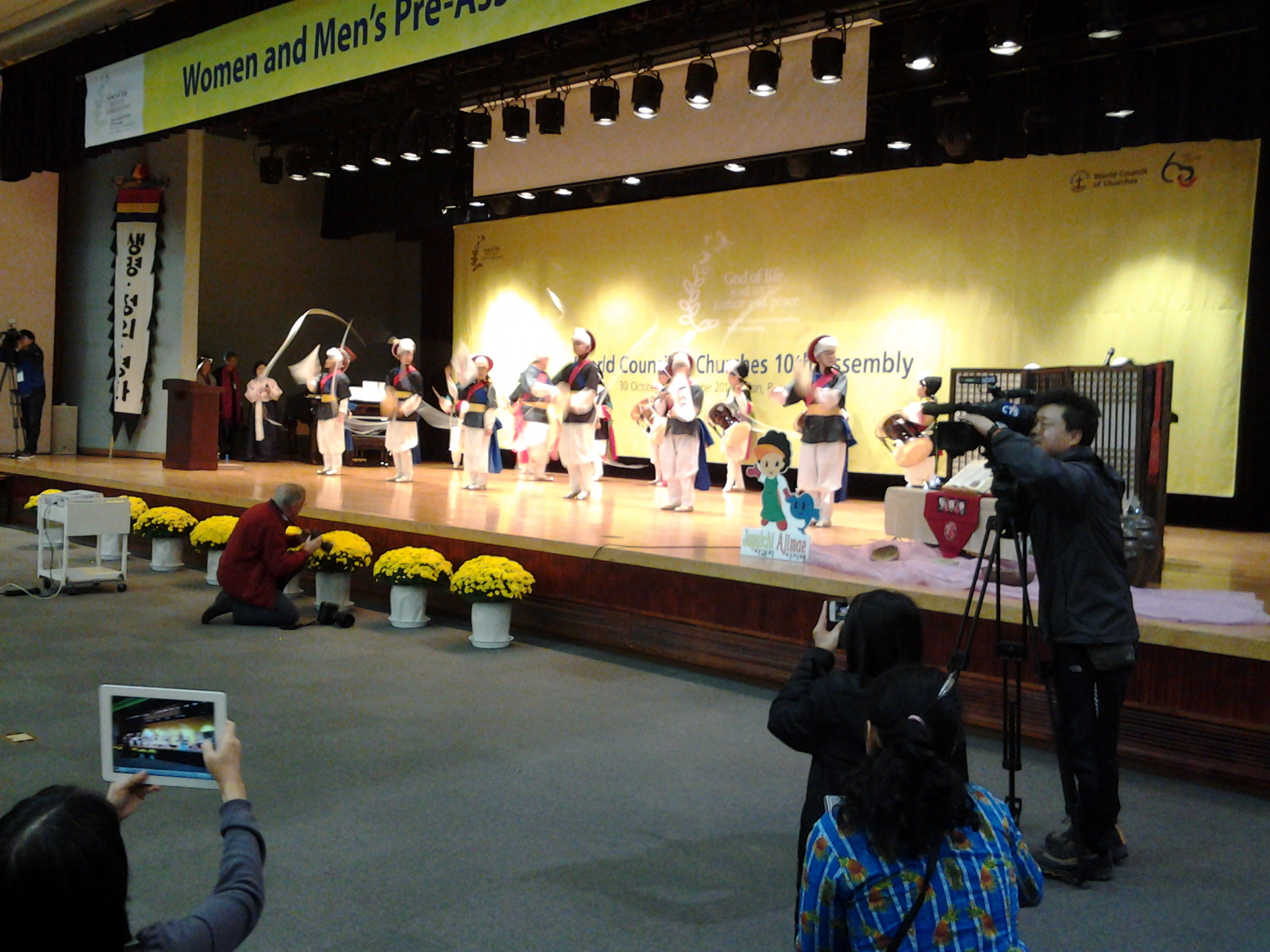 As I begin my second day at the women’s pre-assembly in Busan, my heart is filled with the stories of courage and hope that others shared yesterday. One idea that particularly stands out for me from yesterday is that for change to happen, sacrifices must be made. Those with power must relinquish power, so that those without power can take their rightful place. We heard about a male priest in Mexico who accepted excommunication as a consequence of his solidarity with women who resisted their church’s decision to revoke the right of women to be ordained.

Can I have this kind of courage? Is my determination to work for justice strong enough that I would be willing to sacrifice my own power and privilege in order to stand with those to whom power is denied? I cling to the hope that with God, all things are possible!

Lien permanente : ecumenism.net/?p=6884
Catégorie : On the Road to Busan

WCC 2013: second and final day of the women’s pre-assembly 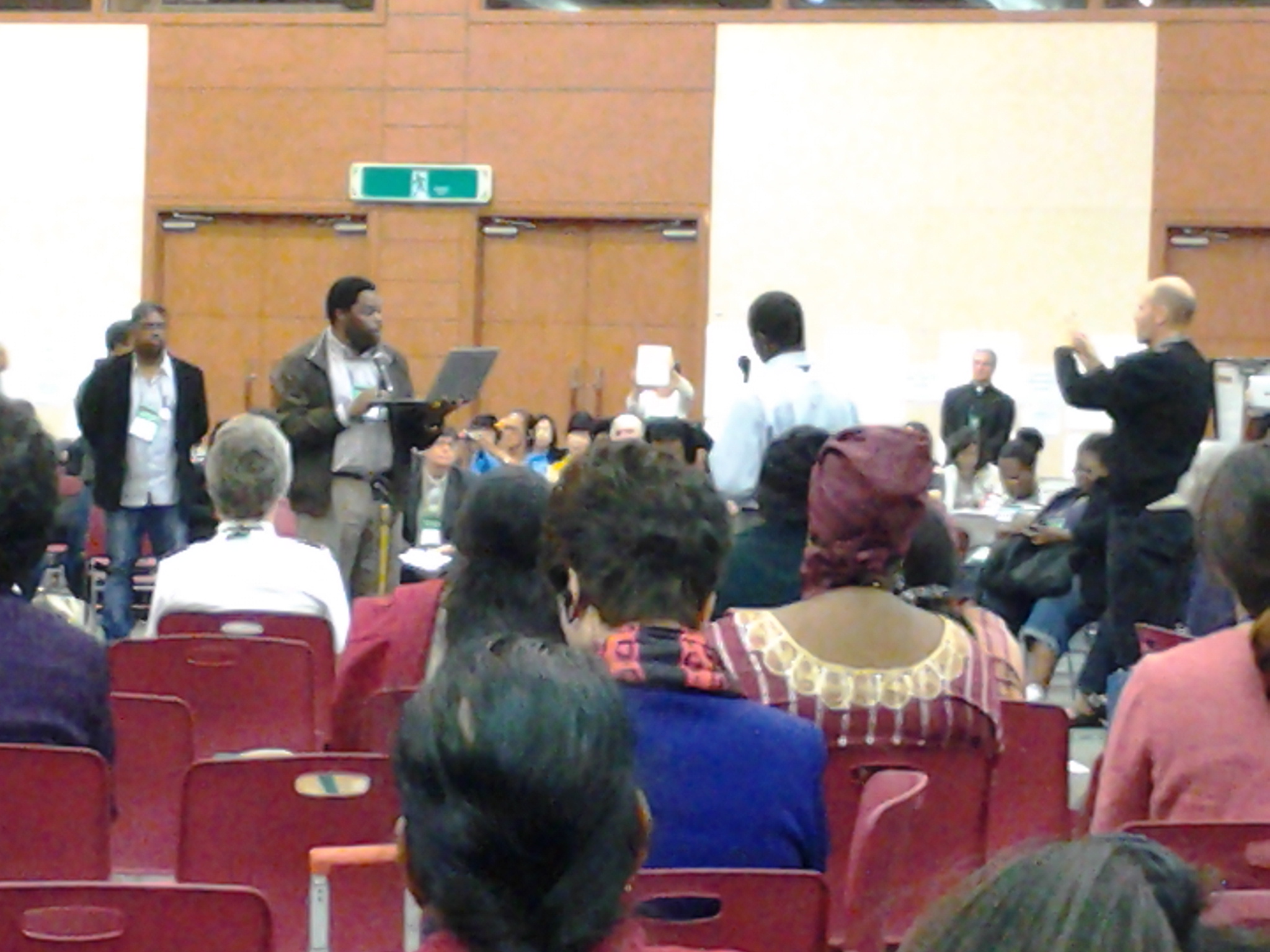 Today, the second and final day of the women’s pre-assembly, was powerful, painful, and compelling.

We heard stories of human trafficking and sexual violence. Many tears were shed; but powerful stories of hope and resistance were shared as well. The group of men who have been part of this pre-assembly, and who met together on their own for part of the day yesterday, read a statement they composed confessing their participation in patriarchy, acknowledging the need for transformation in the relationships between women and men, and committing themselves to continued dialogue with the church and society on issues of gender justice. It was a moving example of what true humility, repentance, and commitment to personal and collective transformation looks like. Of course, it is in the living out of this statement that true healing and change will happen. I was struck by the similarity to the churches’ apologies to Aboriginal Canadians. And I was reminded again how it is not enough to say sorry; we must dismantle the attitudes and structures which have created injustice and commit ourselves to living in right relationship with all our neighbours.

Lien permanente : ecumenism.net/?p=6886
Catégorie : On the Road to Busan 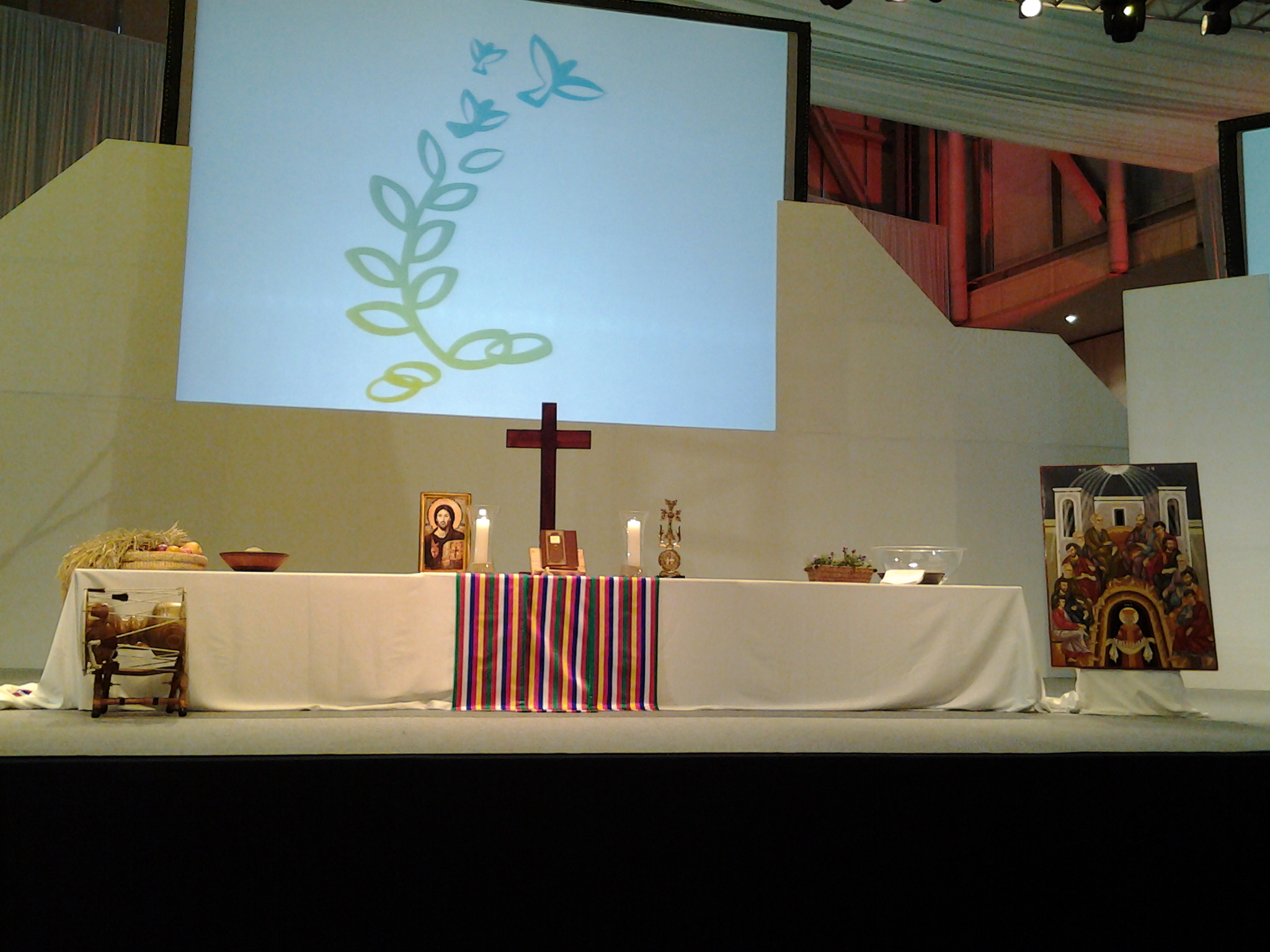 Today the message that came through most strongly for me is the importance of listening to the voices of those on the margins. Jesus lived his life and exercised his ministry among those on the margins of society. It is those who are excluded, oppressed, ignored and persecuted in society who are best able to see and name injustices and the structures that sustain them. So our theology must have at its centre the experiences and perspective of those who are marginalized. This is a real challenge for those of us who come from a place of privilege… who are used to having our voice and our perspective listened to. We must relinquish our place at the centre and make room for those who have been silenced to be heard and given priority. This both excites and frightens me… I’m not always very good at shutting up and letting others have the spotlight. But as Christians we must be willing to go where Jesus went, love whom he loved, and risk what he risked. May God grant us the courage and the humility to do so.
END_OF_DOCUMENT_TOKEN_TO_BE_REPLACED END_OF_DOCUMENT_TOKEN_TO_BE_REPLACED 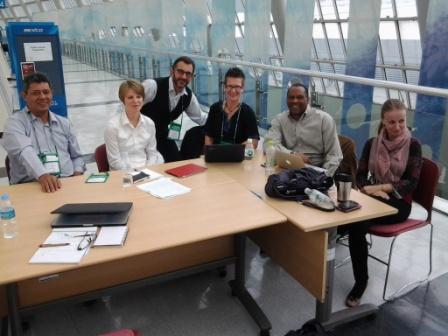