“It seems that denominational affiliation is becoming less important, and Christianity is shrinking in many sectors in Canada,” says Melissa Miller, interim pastor at Home Street Mennonite Church in Winnipeg. “So it seems more important that Christians from different denominations engage with each other and learn from each other and lay down some of those divisions.” Miller is the Mennonite co-chair of the dialogue, and Christopher Trott, warden of St. John’s College, is the Anglican co-chair.
END_OF_DOCUMENT_TOKEN_TO_BE_REPLACED END_OF_DOCUMENT_TOKEN_TO_BE_REPLACED

Hiltz and Johnson shared a common outlook during the 12 years they have worked together. In the same week in 2007, they were both elected head of their church at parallel assemblies held in Winnipeg. Since this coincidental beginning, they have both passionately modelled what each espouses: strong and growing Anglican-Lutheran relations.
END_OF_DOCUMENT_TOKEN_TO_BE_REPLACED END_OF_DOCUMENT_TOKEN_TO_BE_REPLACED 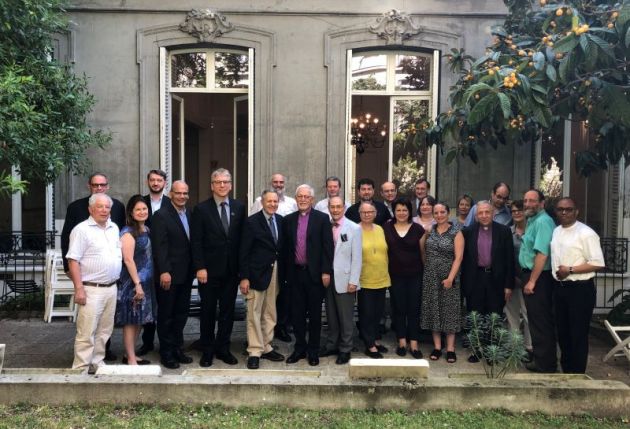 “Among the issues that informed this gathering were: the rise of xenophobic nationalist movements in much of the world; suspicion of the agendas of religious communities and institutions, especially in Europe; the resurgence of overt antisemitism; the prevalence of Islamophobia; newly emerging anti-Christian attitudes; the continuing non-resolution of the Israeli-Palestinian conflict; worldwide hostility to vulnerable minorities; and the shocking erosion of civil society in many places and ways.” reads the communique. “We are particularly horrified by the recent increase in murderous attacks on places of worship in different parts of the world.”
END_OF_DOCUMENT_TOKEN_TO_BE_REPLACED END_OF_DOCUMENT_TOKEN_TO_BE_REPLACED

Greeting the archbishop in his homily June 29, Pope Francis told him, “Your presence reminds us that we can spare no effort in the journey toward full unity among believers, in communion at every level. For together, reconciled to God and having forgiven one another, we are called to bear witness to Jesus by our lives.” Meeting members of the Orthodox delegation June 28, the pope said Sts. Peter and Paul are exemplars of “the apostolic courage of proclamation, which also entails a commitment to respond to the new challenges of the present time.” Patriarch Bartholomew and his longstanding theological and pastoral concern about climate change is one example of that, the pope said, and “has been a source of inspiration for me.”
END_OF_DOCUMENT_TOKEN_TO_BE_REPLACED END_OF_DOCUMENT_TOKEN_TO_BE_REPLACED

The Anglican Church of Canada (ACoC) has elected Linda Nicholls, the Bishop of the Diocese of Huron, as its next primate. She will become the first woman to hold this position in the ACoC and only the second female primate in the Anglican Communion.

The election, held during the Church’s General Synod at Christ Church Cathedral in Vancouver on 13 July, began with five nominees. Bishop Linda was elected on the fourth ballot, with 64 per cent of lay votes and 71 per cent of votes among the clergy. 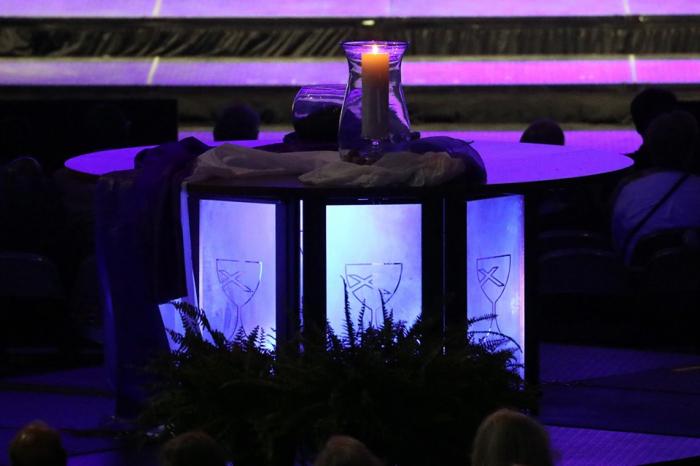 Full Communion, not a Merger

The North American Orthodox-Catholic Theological Consultation has released a new agreed statement entitled, The Vocation and Mission of the People of God: “A Chosen Race, a Royal Priesthood, a Holy Nation”. The document was finalized at the most recent meeting of the Consultation which took place in late May of this year at the Saint Methodios Faith and Heritage Center in Contoocook, New Hampshire. The Consultation is co-chaired by Cardinal Joseph W. Tobin, the Catholic Archbishop of Newark, and by Greek Orthodox Metropolitan Methodios of Boston.
END_OF_DOCUMENT_TOKEN_TO_BE_REPLACED END_OF_DOCUMENT_TOKEN_TO_BE_REPLACED